Godzilla: King of the Monsters stomped into theaters 2 weeks ago. (Goodness, how many reviews start with *that* cliche?) If you listen to the legacy media and “professional” movie critics, the film was a disappointment and deserving of reproach. To which I say:

…It’s a Godzilla movie. You want high art? The “Fathom Events” broadcast from the Metropolitan Opera is two screens over.

G:KOTM picks up 5 years after Legendary Pictures’ 2014 reboot of the franchise. The story begins with the Russell family, who were devastated when their son was killed during the events depicted in the previous film. Emma Russell (Vera Farmiga) is now working with the Monarch Corporation, tasked with locating and containing the “Titans” *cough*kaiju*cough* that are buried deep in the earth, all around the world. Her estranged husband, Mark (played by Coach Taylor–I mean, Kyle Chandler) is off studying the pack-behavior of wolves (conveniently!) and apparently staying in Tony Stark’s post-Snap cabin (?). Their tech-savvy teenaged daughter (Eleven from Stranger Things) is living with Emma but concerned about her.

AAAAAAAAAAND that’s where I’m going to stop and put up the spoiler warning. Because pretty much anything beyond this point is dipping into spoiler territory.

Unspoilery Review: Okay, I have to admit, I’m a mark for a good Godzilla movie–but I also know the difference between a good Godzilla movie (Godzilla: Final Wars or Shin Godzilla) and a bad one (the one from 1998 that we don’t speak of, EVER). That said: Godzilla: King of the Monsters is a really good Godzilla movie, y’all. The special effects are pretty good on the whole. The human cast is decent to good (some much more than others). The story is convoluted but why wouldn’t it be? And the studio has set itself for more monster-smashing action. (Not a spoiler, but Godzilla Vs. Kong is already in production, and I’m here for it.)

So yes, if you have any inclination to see a movie like this, go see it. You’ll have a good time. I’ll even say, go see it while it’s still in the theater. You need to experience it on the big screen. 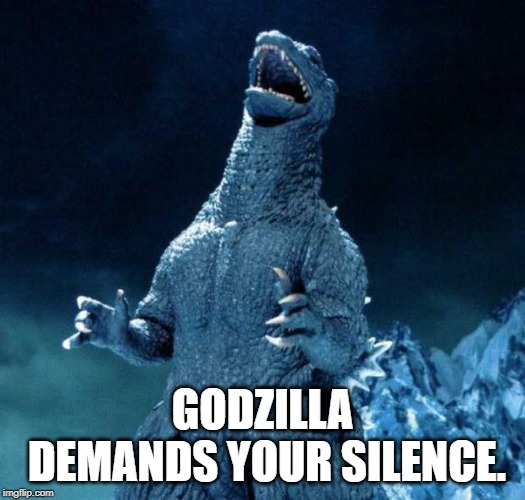 Onto the radioactive hail of bullets!!!

Let me know your thoughts in the comments!

This weekend, I went to the movies with my wife and some friends, and we spent about 2 hours watching “Old Fashioned,” an indie romantic comedy that can only be described as a culturally-aberrant love story—a love story in which no sexual behavior was employed and no physical boundaries were crossed. It was an old-fashioned kind of love story, but one that acknowledges and addresses the difficulties of being old-fashioned in the 21st century.

Amber rolls into a small town, with all her worldly possessions packed in the back of her car. She finds a job at a florist’s shop and a room to rent above an antiques store. The store and apartment are owned by Clay, a friendly but somewhat unusual man who lives by his own moral code—a code that prevents him from even walking into the apartment with Amber when she comes to check it out. Of course, the meet-cute sets up the rest of the film, which explores their relationship’s ups and downs, addresses the effect of their past experiences on their current worldview, and hits home on the idea that a life of virtue must be a life of grace and mercy.

That’s all I’m going to give you of the plot. Here’s the trailer, if you want to get a little more of the flavor of the film.

I really enjoyed the relationship between the two leads, played by Rick Swartzwelder and Elizabeth Roberts. Their interactions and “outings” were fun to watch, and it really felt like they had a connection. Their scenes together were by far my favorite moments of the film.

Second to those were the scenes that one or both of the leads shared with Dorothy Silver (“Aunt Zella”). Aunt Zella worked in this film as both sage counselor and occasional comic relief.

I also appreciated how this film didn’t shy away from the idea of dealing with past sins. Both of the main characters, as well as several of the supporting characters, had past sins and foolish choices with lingering consequences, and it’s nice to see a “family-friendly” (I’m not going to call this Christian) film that addresses those realities.

Ultimately, the film just charmed me. I was invested enough in the happiness of the two leads that I wanted them to make it work. While some of the scenes and characters were kind of clunky, overall the story kept me engaged.

From a technical perspective, this was very clearly an independent film, and as such it suffered some of the technical issues that indie films do. For example, the pacing was a bit uneven, and the film itself felt overly long. The official run-time is 1 hour, 55 minutes, and it felt about twenty-five minutes longer.  Furthermore, the editing was distracting at points, when attempts at style or mood-setting felt a little too forced, as if the editor was using them to say “Look at me, I’m artistic!” instead of serving the story.

Another minor criticism was that some of the performances were a bit uneven, including Clay, the lead male character. Swartzwelder was wearing four hats in this production, as the writer, director, producer, and star, and it might have served the film better to have let someone else direct or star. That being said, I did enjoy his character. There were just some moments when it was unclear what he was going for, or his particular reading of a line or conversation didn’t hit the right notes.
What Was Missing

Minor technical issues are expected in an independent film; you could even say they’re part of the charm. What bothered me more after watching this movie were the spiritual missteps. This movie was marketed as a Christian film, the anti-“Fifty Shades” alternative. And while it is certainly heartwarming and moral and “old-fashioned,” there weren’t any marks of this being a particularly Christian story. While Clay has conversations with other characters about how “Jesus found” him and that he read the Bible and realized he was accountable for it, his life’s goal was to be a good man, a morally upright man. This is understandable, given his background, but there’s nothing in his story that explicitly ties to the Gospel. He avoids church because he’s “tired of the hypocrite show,” but this is only somewhat contradicted by Aunt Zella who challenges him to get outside of himself and warns him about moral pride. In the end, Clay holds to a moral code that’s religious but driven by rule-keeping. The resolution of the flim has to do with the need to show mercy for people’s weakness, including your own, but there’s not clear reason why that mercy is given.  II Corinthians 5:17 is quoted (“the old things have passed away—behold, all things have become new”) but no mention is to the reason WHY they’re new—the fact that “He who knew no sin became sin for us, so that in Him we might become the righteousness of God” (II Cor. 5:21).

Ultimately, there’s nothing in Clay’s moral code that couldn’t be held by a Mormon or a Jehovah’s Witness or a moderate Muslim. The character may be respectful, honorable, even chivalrous; but being a Christian is something different. A Christian man who understands the Gospel doesn’t just forgive and show mercy because not doing so will keep him isolated from others; rather, he understands that the grace of God that saved him from his sins will compel him to love as Jesus loves and proclaim the mercy of God that’s been purchased through the sacrifice of Christ.

Another spiritual wrinkle, related to the main one: Amber tells Clay plainly that she is spiritual, but not religious, and that she doesn’t believe everything that’s in the Bible.  While there is a point later on in the story in which Amber begins to read the Bible and it seems to affect her, Clay has no spiritual reservations about pursuing her. While I know this happens all the time, it was a warning flag for me.  Perhaps this fits the profile of a man who says he loves God but hates the church; it’s through our connection to the community of believers that we often receive accountability about our choices, including the important choice of whom we should date/marry.

I enjoyed watching Old Fashioned.  I really did; I liked it. It’s corny but sweet, and while it may not be appropriate for younger kids (due to some of the thematic elements), it might be a good pick for families with older teens.

However, the underlying spiritual message of Old Fashioned is missing something really important.  Without a right understanding of the Gospel of Jesus, old-fashioned values quickly become moralism and judgmentalism.  My concern is that audience members, both Christians and non-Christians, will come away from this film inspired to be moral without worrying about being like Jesus.

Maybe I’m expecting too much. It just seems to me like this old-fashioned love story could have used a bit more explicit discussion of the Old, Old Story.

Where To Find Me